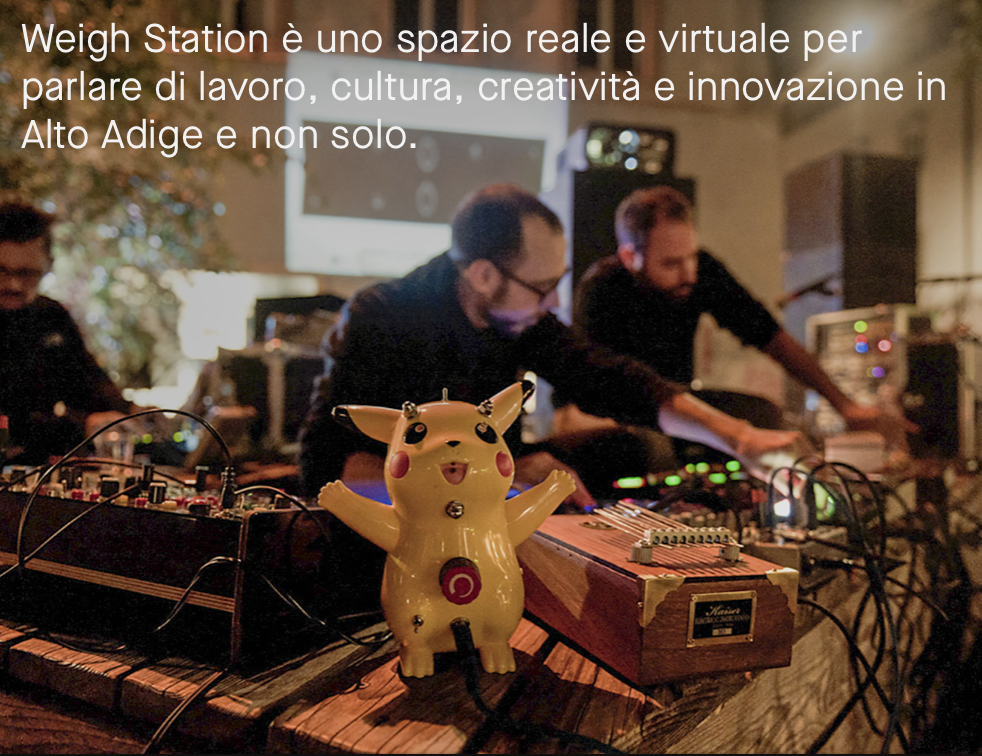 Weigh Station is a kind of studio that is evolving continuously. It revolves around the present, paying special attention to young people in the area of creativity and culture.
Weigh Station would like to address and unite a community of people who are part of the country’s creative scene or who would like to get to know it better. This community is called WS Wall. When you’re part of it, you have access to training sessions, courses, services and networking events that promote joint work on projects.
Weigh Station is a “place” where ideas have a social and public weight. The project is multifaceted, innovative, young and creative. Multifaceted because it – like culture itself – encompasses the most varied aspects and reinvents itself continually; innovative because it cultivates, supports and links unpublished South Tyrolean projects and ideas; young because it’s orientated towards young creative and cultural professionals; creative because it believes in the idea of art and culture as a driving force for changes in society.
Weigh Station is based in Bolzano, but also follows events all across South Tyrol and beyond. It shows you successful models from various areas and draws its inspiration from you.
Weigh Station provides concrete support by providing further education in the form of workshops and talks. It is a starting point to get to know each other, collaborate and get inspired by concerts, exhibitions, notions and shows.
Weigh Station works with artists, creative professionals, musicians, writers, journalists, press officers, designers, graphic artists, communication professionals, singers, photographers, performers, actors, costume designers, directors, film-makers, institutions, bands, agencies, festivals, craftspeople, entrepreneurs, creative artists, planners, curators, mechanics, makers, mediators, web designers …