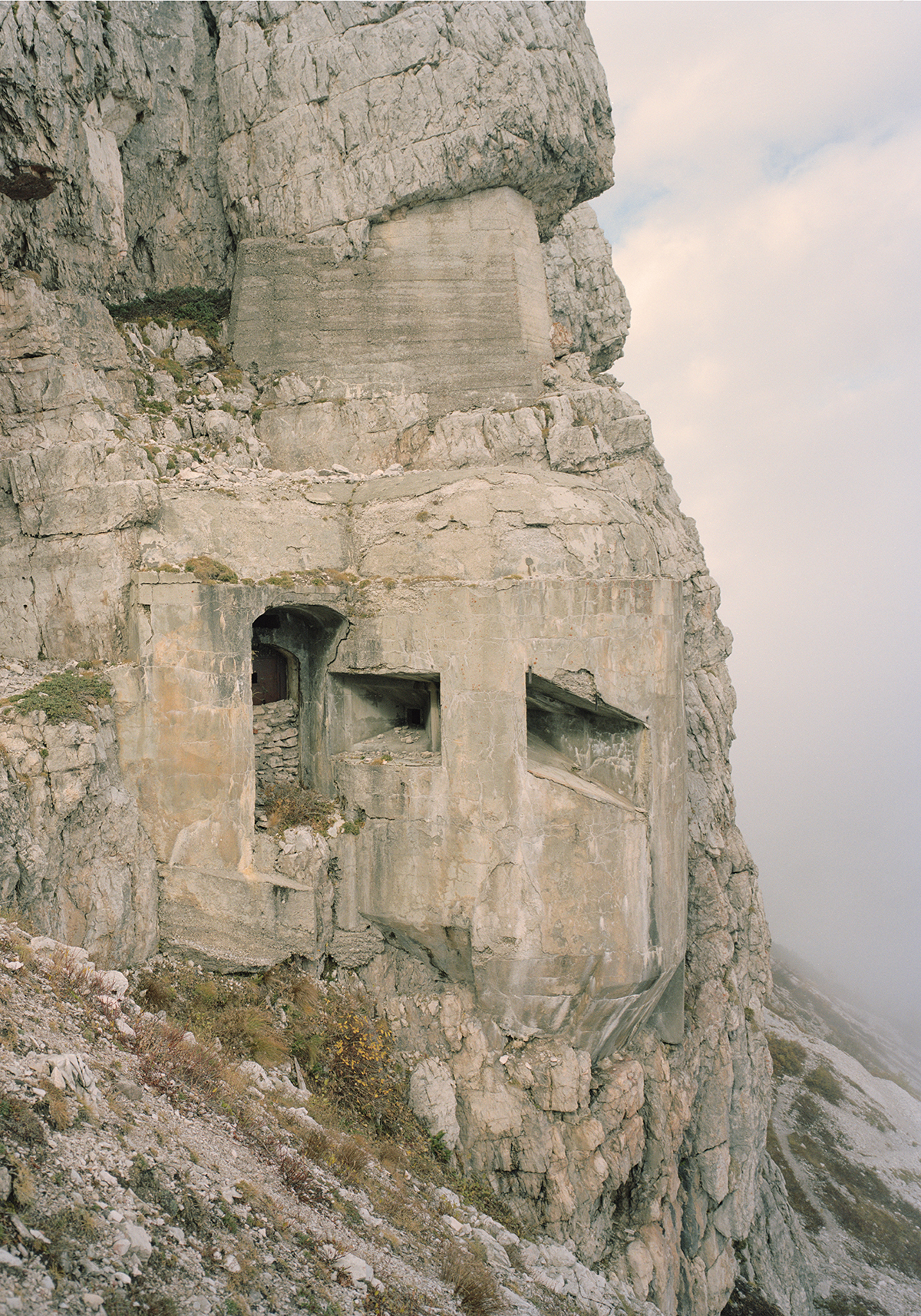 In the years leading up to the Second World War the whole Alpine area was involved in the building of a complex system of fortifications wanted by the fascist regime to protect the Italian border against the neighboring countries.
A section of this defensive system, named Alpine Wall, was located in the valleys along the border with Austria where, with an incalculable waste of resources, the construction of about 350 bunkers was completed. A huge architectural heritage that remained unused and presided by the army until 1993, year in which the structures were finally decommissioned.
At that time some of the bunkers were bought by private citizens and converted into agricultural deposits, others were demolished or abandoned for good. Despite the present state of oblivion these visionary structures, expression of the fear of loss and desire of control, continue to generate interest for their architectural characteristics, for the ingenious systems of camouflage and for the relationship they have established with the natural and social context in which they are situated. A difficult heritage worth preserving to keep the collective memory alive of a dramatic historical period marked by nationalistic ideology and by the inability to resolve conflicts through peaceful means.